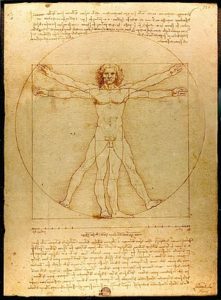 Exploring the 4 different levels of being in, with and as Body.

Being in the Body

So if we go to the first question and we ask what’s the difference between being in the body and allowing the body? So we’d have to define what we mean by being in the body and the way it’s phrased it looks like and feels like we put something “in” the body. And obviously when we are referring to that word thinking that I place myself in my body, I embody myself, I am in the body, I am embodied. And this is where I think a lot of exploration starts. It’s about becoming more present in the body, more, grounded in the body. And all of these things are, are good and I think it’s a very good first step, but there’s still a sense of separation in the sense that I, whoever I am, goes into the body more or somehow makes a choice go into the body or somehow increases the presence in the body, the presence of myself in the body I am in my body. And that points to a kind of relationship between who I think I am and the body still as a certain sense of “who I am” as the dominant force and the body as the receptive force or the receptive. The recipient of me, the body receives me, I go into the body and I’m the one who decides, I decide what the body will do as I’m in it. And obviously I am becoming more in contact with the body. I am feeling the body more and therefore receiving more of the information from the body, which is a good thing. And, and yet my relationship to the body is still fundamentally one of separation and one of a dominant relationship to the body. And that’s neither good nor bad per se, but it just, it is what it is and it’s something to reflect on.

Now when we refer to allowing the body, allowing the body is by the way it’s phrased, is a letting go of that dominant relationship or that active receptive relationship. And I let the body, I allow the body to in a way, act for itself, for itself or as itself and I give more agency to the body. The body becomes its own agent. And so therefore I am now in a collaborative role with the body or even a receptive role as the body becomes more active and my relationship to the body is one of a partnership, where I am like a passenger in the car and the body is, the car is driving itself so to speak, where being in the body, I get in the car and I start driving the car rather than trying to be outside of the car. I am actually in the car but I’m still driving. Allowing the body is now I am moving in in a way moving into the back seat and I’m letting the car drive itself as I recognize that the car is intelligent, the body is intelligent in its own way and so there by acknowledging that I allow it to come up and speak its own perspective. I allow it to share its intelligence more freely but in a way I’m still fundamentally in a separate role, a separate role being more likely the mind where the mind and thinking has allowed the body where before the mind or thinking was entering into the body trying to be more embodied. Now the “I” or the thinking mind is now allowing the body and the body is functioning more freely from the perspective of thinking. The body is naturally being more spontaneous, as the body responds and interacts with its environment prior to thinking, because it doesn’t need thinking to organize its response. Where being “in” the body thinking to a certain degree, is still operating as it is in its fundamental position of decision making. Allowing the body is one of giving the body space to function without the need of thinking, to filter and decide all of the body’s responses or the, the main responses, the ones that are accessible to thinking. And so as we explore this, we start to see that that thinking itself doesn’t control even a small part of the body’s responses. There’s breathing, digestion, small motor shifts in maintaining alignment in relationship to gravity, blood circulation, all of these different things that are beyond the conscious control of thought. And accessing these, these levels of intelligence isn’t increasing our control over them. Acknowledging it’s about acknowledging that they are already intelligent and allowing that intelligence to rise to the surface. So coming into contact with that and allowing it is what I’m referring to as the second level of experience. And in a way we are already in that state of body allowed, but it’s just a matter of consciously recognizing it and appreciating it so that we may enjoy it and directly benefit from it.

Being the Body Itself

The third level is what I refer to as being the body. That’s where we realize and we open our capacity to move our point of attention out of the thinking mind and no longer locked in the thinking mind as being who I am, but that the point of my attention, the point of my conscious experience is moveable and then I bring that conscious experience into the body and allowing for a direct experience of being body itself. Where the body now is who I am and I am dissolved in body consciousness. I’m not thinking thoughts, I’m in a way sensing sensations, I’m feeling my self. I don’t think my self, I feel my self. I’m the body feeling itself and I speak directly through myself, through my movement, through my gesture, through my voice. Here the intelligence of who I am is fundamentally more available to myself as okay is that naturally am myself, nothing else I can be other than myself as body. There’s a great sense of rest being body as the separation is now almost disappeared to a certain degree. There’s still mind, there’s still thinking and those are strongly anchored in the experience, but they don’t assume a position of dominance or assume a position central. But actually my attention is the central point and that can access another level of the system which is body. And as I as it accesses that other level of system, the “I am”, that emerges from that point of attention emerges in the body. I am body. So there’s no resistance any more between the I amness and body as the I am has dropped into body. The mind, the mind in terms of the thinking process is now like a witness who takes notes or in some way observes the nature of who I am as body. And in that sense the thinking mind is still very valuable but not in a directive relationship with body, or even a receptive relationship with body. It’s in a way another dimension that is supported by body from this perspective. But all attention is now resting in the body as the body.

Being the essence of Body

In the midst of Crisis…the 8 Domains of ActionWhy is Aikido Evolutionary?